my daily life on a cattle farm, my love of agriculture, and stories behind my photos

The converted corn crib has been so incredibly useful to us as a feed shed on the farm... 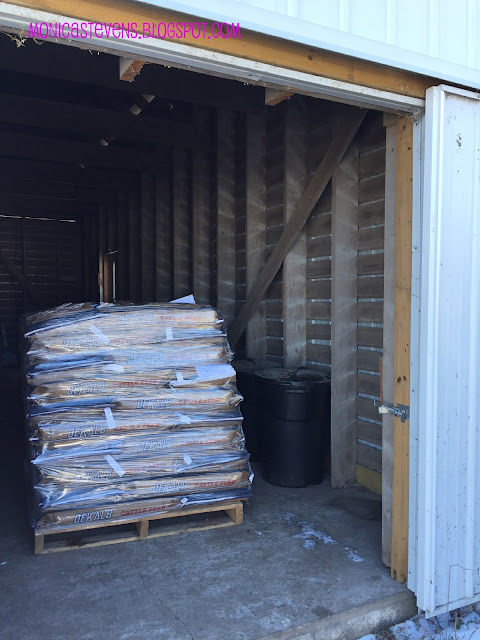 We are able to store protein, vitamins, and mineral. Other feed such as cotton seed hulls, oats, linseed meal, soybean meal, and square bales of hay are also stored in the feed shed. It is great having so much storage for feed, mineral, and supplies all in one location. It is perfect!

I am able to formulate rations, weigh, and mix feed for calves in the feed shed. Since I work off the farm as a meat inspector, I can prepare feed ahead of use. This efficiently utilizes time. 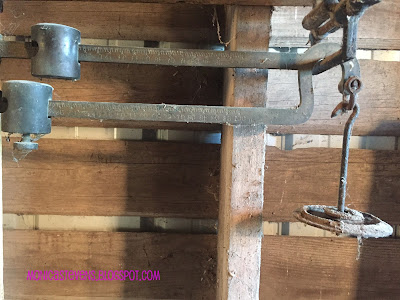 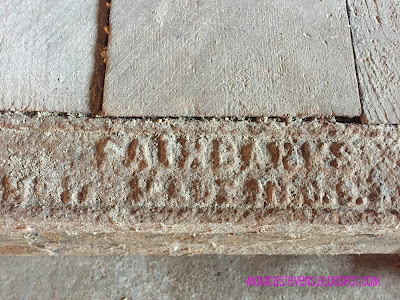 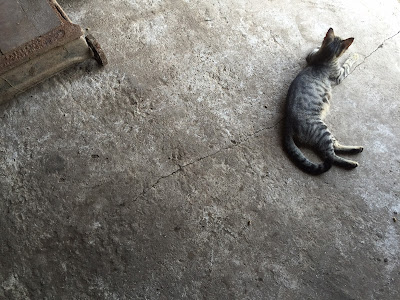 An antique feed scale that my Grandpa Stevens used was moved over to the 'new' feed shed. I love it! The protein pellets for the feeder calves is weighed on this antique scale. It works so well! I also have a small hanging scale to weigh feed additives or small feed rations for calves.
In 2016, I became a Vigortone dealer. I am able to keep mineral and feeders in stock now that there is more feed storage on the farm! With a big, sliding door, it is easy to take delivery of feed and mineral. And, clients are able to pick up orders with ease.

At an auction, I bought an old slate chalkboard. So cool! It will be useful for keeping track of mineral, feed rations, and feeding instructions. In the future... I plan on adding interior and exterior lighting to the feed shed to better see at night while working. Plus, I would like to add some shelving or a work bench. My hope is to add a refrigerator to store cattle vaccinations. 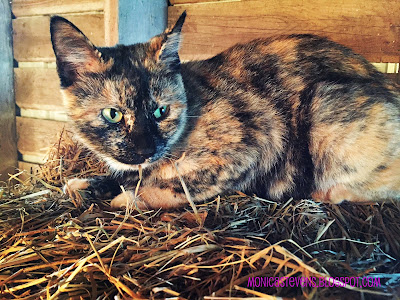 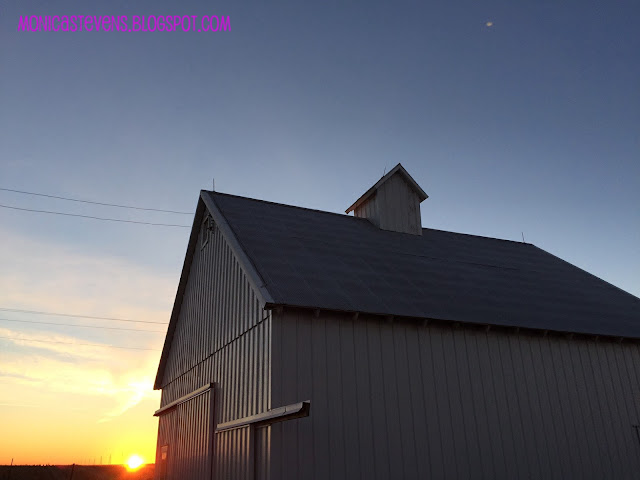 In 2012, my dad started renovating the corn crib on the farm where I live. The corn crib was sided, new sliding doors were built, and windows were installed in 2013. There are sliding doors for the alley on the north and south side of the corn crib. And, there is also a sliding door on the north west corner of the corn crib. Two walk-in doors are located for access into the east and west.
It is so nice to have the corn crib preserved. The corn crib was the first building project completed when my grandpa and grandma purchased the farm when they moved to rural Altona in 1957.  I have so many great farm memories in that corn crib...unloading barge wagons and filling the crib with ear corn, and sliding down the ears as we were grinding corn out of it for cattle feed.
I finally made time to clean out the corn crib and organize the space. We repurposed it to be used for feed and fence. The west side of the corn crib holds feed supplies, and the east side of the crib stores fence supplies. It works very well! The converted corn crib has been such a blessing on the farm!
Posted by Monica Stevens at 8:00 AM No comments:
Email ThisBlogThis!Share to TwitterShare to FacebookShare to Pinterest
Labels: agriculture, cattle, family, farm, Shorthorns, tradition
Newer Posts Older Posts Home
Subscribe to: Posts (Atom) 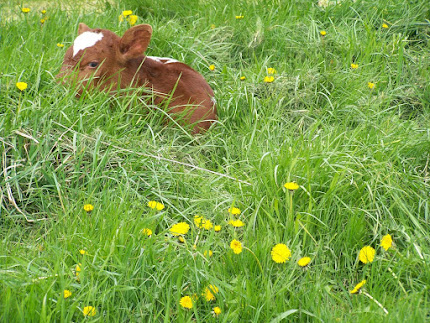 a shorthorn calf is 'hiding' in the grass

Monica Stevens
Hi! I am Monica Stevens. In rural Altona, Illinois, I proudly raise Shorthorn cattle. My family has been raising purebred Shorthorn cattle since 1943. I take great pride in that fact. My love of agriculture started sprouting as a young girl growing up on my family's corn, soybean, hay and Shorthorn cattle farm. Some of my best memories growing up are from tagging along with my dad and grandpa on the farm. My love for agriculture has grown. Agriculture is a significant part of my life. In many ways, it cultivated me. In 2000, I graduated from Western Illinois University with a Bachelor of Science in Agriculture with emphasis in Animal Science. Currently, I am a Knox County Farm Bureau board member. I have been actively involved in agriculture, serving as President of Knox County Cattlemen's Association, President of Knox County Farm Bureau Young Farmers, Representative of Illinois Beef Association, and as 2012 Chair of Illinois Farm Bureau Young Leaders. I am also an agriculture photographer. Through my photographs, I am able to share my love of agriculture with others. My photos are from a unique perspective...a woman raising cattle.

i 'heart' my cattle 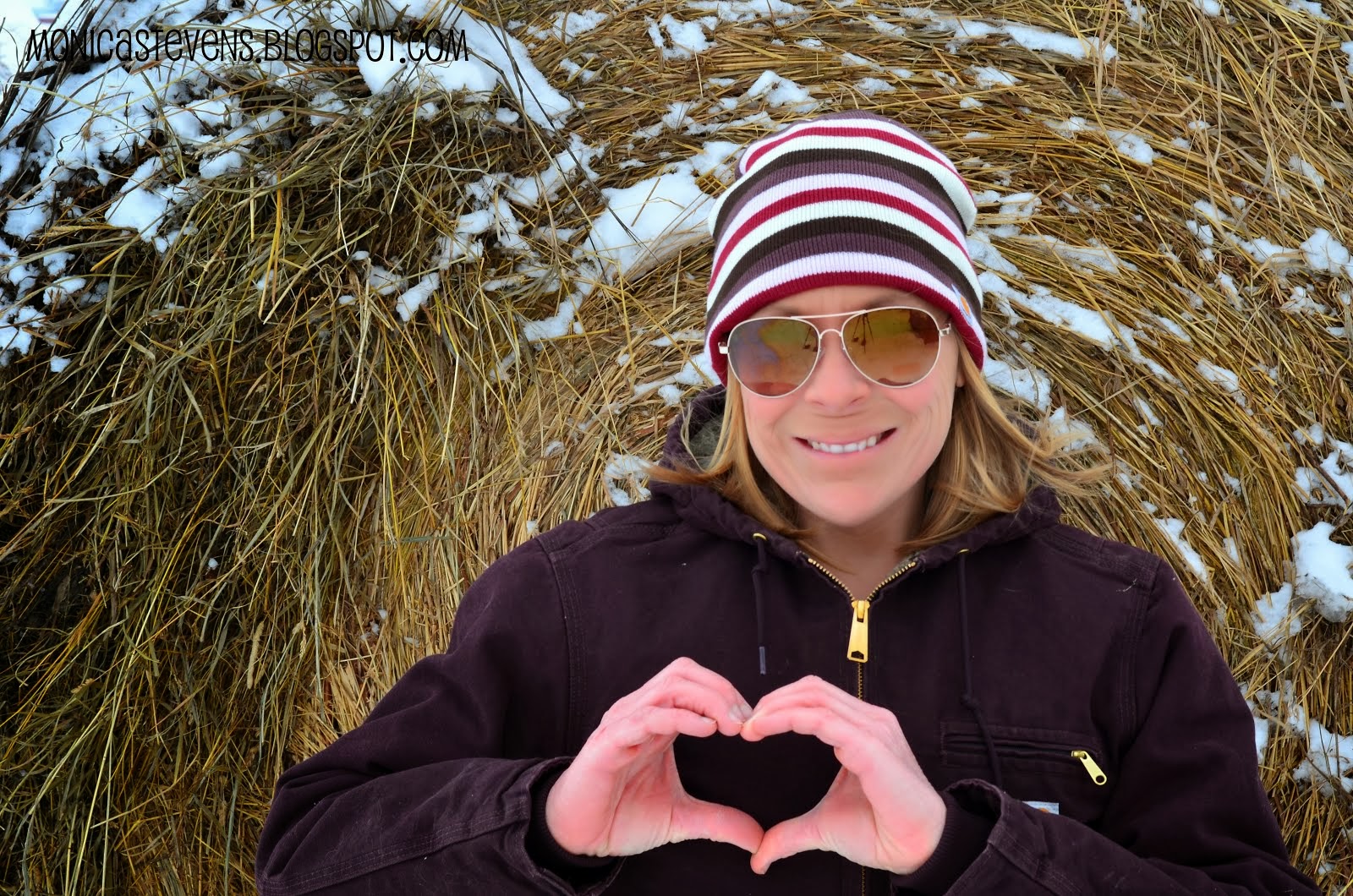 my heart belongs to my red, white, and roans 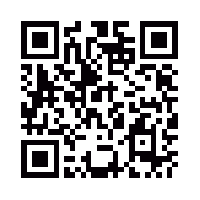 capturing my love of agriculture